The following is a tongue in cheek expose of some not so serious issues: 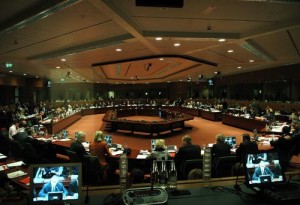 BRUSSELS: A late-night session gave no cause for alarm as committee members revealed the basic outline of a fourteen-point lexicography of progressive distortion.

Ranking member Jorls Haarbegerg proposed a return to the basic format of previous distillations of theory, intimating that he would not be averse to a repetition of the theme by classical Scandinavian haberdasher and millenarian Heeg Dvingstermaut. This movement was quickly vetoed, however, when it became abundantly clear to all and sundry that Haarbegerg was primarily referencing Dvingstermaut’s ancillary disputations, rather then the direct resultant of the council’s prime directive.

Having completed nearly all of the duties outlined in the minutes from last session’s understandably proximate gentrification, a break for redistribution of the immediate and impending attentions was almost unanimously called for. Unfortunately, having starimultaneously realized that their actions resulted in the oft-criticized ending of a sentence with a preposition, for which it is called was rapidly transformed into called is it which for and then back again to ensure exhaustive future-proofing of the datum. 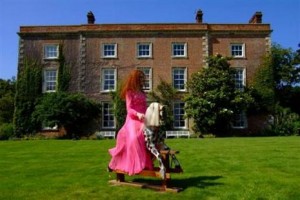 SCREWSBURY-AT-SKINT: A Miss Dulcet from the Hogsville Row has been found with a rapt united after a two-party maul which enabled the pats.

Discovered fleecing by mounted authorities, Miss Dulcet is said to have exclaimed: “But ’tis the ‘affer, ‘enups!” and proceeded to curb the inflicting peripatetic with a knowledgeable gaffer. Having lost both her mind and her starfish necklace, she proceeded to disrupt our sense of peacefulness.

She proceeded to gallivant around trailing toilet paper from dozen of rolls. As one roll ran out of toilet paper the next one began its unwind. She must have a wholesale toilet tissue paper resource to be able to afford the piles and piles of toilet paer the covered every bush, fence and lamp post. A number of people noted that the quality of the toilet paper was quite good. No cheap rough 1 ply toilet paper for Miss Dulcet. Oh no. Her toilet paper was a soft, quilted three ply variety with some sort of aloe to make it smoothing tp hands and bum alike.

The two men roundly redoubled, and Miss Dulcet is reported to be gesticulating quite authoritatively after an extended fine. No word yet on the fleece’s fortunes or who was responsible for cleaning up all the toilet paper. Let’s hope it was biodegradable. 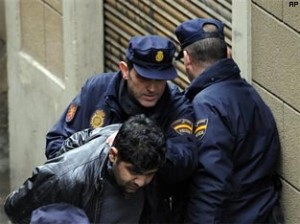 TOLEDO: A masked brownie held fourteen fitters at bay last after, following a vicious and altogether intoxicating stint around for a few. In the desperate and godless eve, the recalcitrant man-fluke made for the fetid hallows of Incieneriario, a known wall-out on the upswing of Puerto Dilla Villalobos.

His awe ensured, this inescapable thoroughgoing refused to relent; his passage was marked by a number of gulls and sweeteners, under the influence. After a taut wipe, it surely seemed that the ape would snuff it…but no, not a bit; there were full on five hindered and fifty maxims in the boudoir.

The bawdy remnant reached a fascinating and fiery end at a quarter to stein, with a cask of Amontillado and a fine fillet of finch. 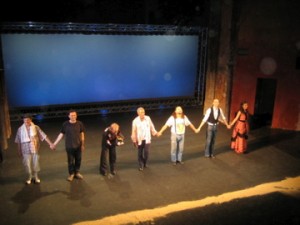 YF: First off, allow me to say what a pleasure it is to have with us one of the finest ever, a less-than-brief utmost to a fantastic finale of sorts.

GF: Yours is the kingdom and the glory, forever.

YF: And now to the question that leaps into the minds of all that have witnessesed this fine fanatastiche poivrons: namely, “What, if anything, has this to do with tuates?”

GF (sniffing affectionately): really, Yann, do I need to speak what your ears have already seen?

YF: All too true. Once again, Ginelle Fouriereier of the Rabelaisian tragicomic Apres les Domaines Tuates.